Okay, you caught me. This portion of the website is still in the process of being constructed. In fact, it's may end up becoming a website of it's own. I know, I know...but what about the writing? I'll get there, trust me.

For now I've simply posted a few photos of what Portland looked like toward the end of the 19th century. Obviously, the town had issues with flooding. Might have had something to do with the rain. (It was actually the spring runoff that caused a lot of the flooding. Damn snow.)

Much of the action in Portlandtown takes place downtown while the streets are flooded...very much as they're seen here. Consider this your old-timey visual aid. (Click to enlarge.) 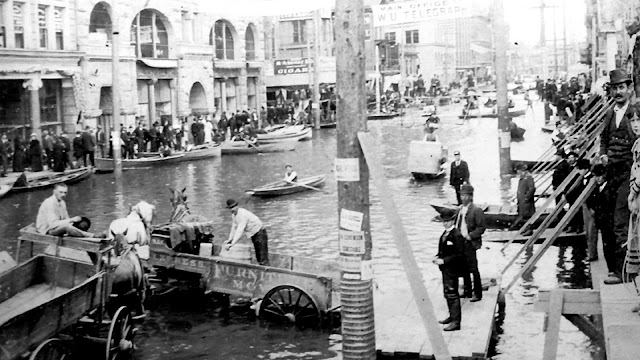 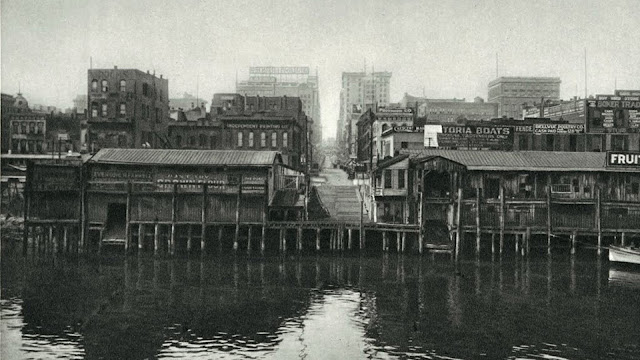 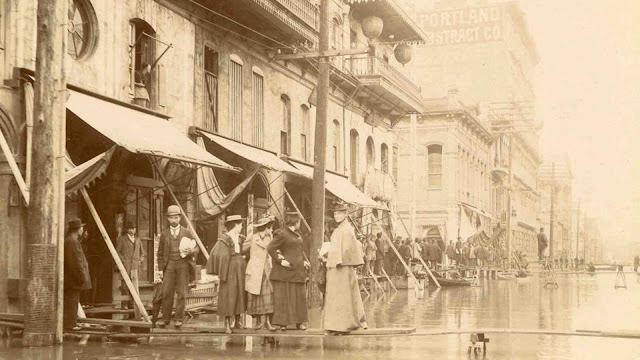 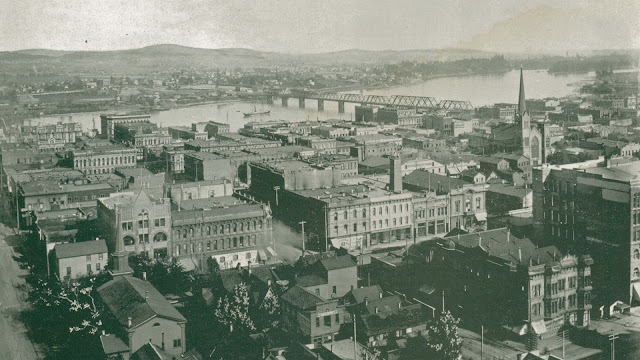 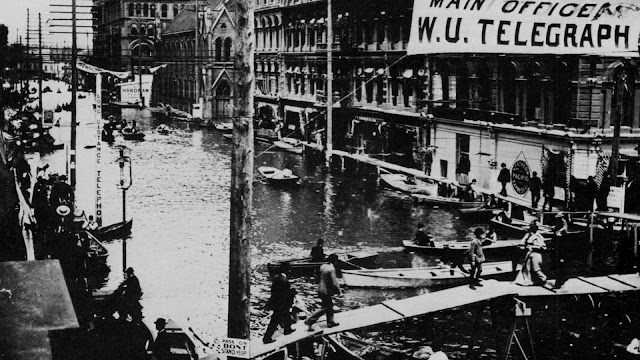 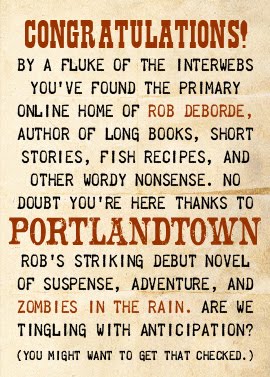 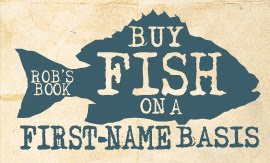 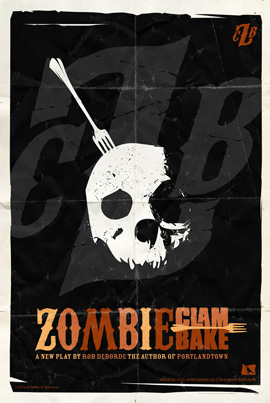